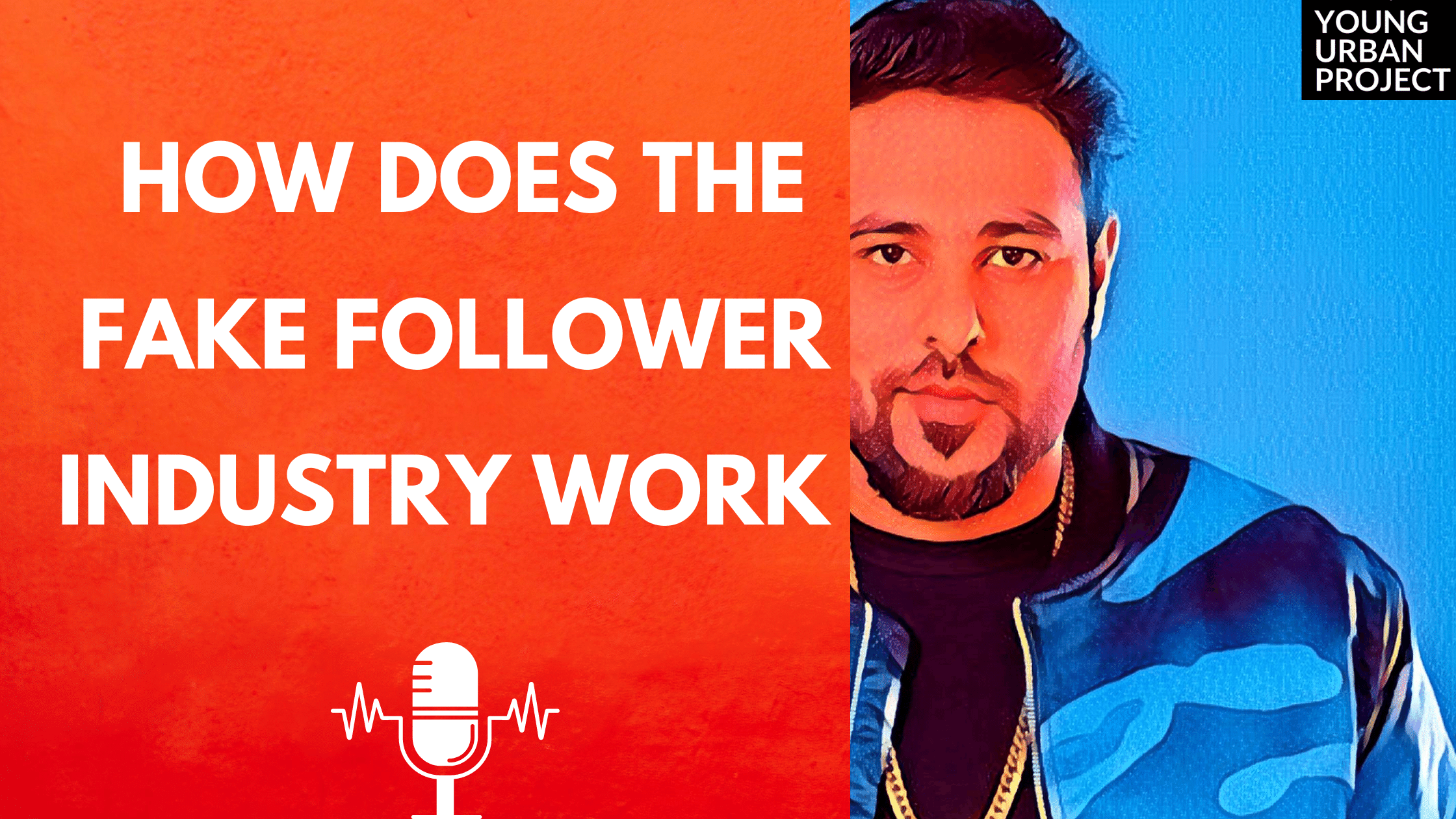 Badshah Fake Views Controversy – Everything you need to know

This article is about the Fake Social Media economy. Fake followers, Fake Engagement, Fake Clout, and everything about that.

After this underground industry has come to light after the Badshah Fake views controversy, I will also try to decode the legal implications of such practices.

But most importantly, I will attempt to get into the psyche of people who buy fake followers and engagement. How they do it, and Why they do it.

You can also listen to this as a Podcast below:

As most you might have heard, there has been recent news about a Popular Bollywood Rapper allegedly accepting the allegations of indulging in buying of Fake Followers and Fake Views. The Badshah Fake Views controversy has led to a series of investigations with more celebrities.

This investigation was carried out by Mumbai Police and they have been cracking down the fake follower racket for a few months now.

Apparently, it was found that the rapper paid ₹ 72 Lac (around USD 100,000) for 7.2 Crore views and Followers for his Social Media handles on his Video of a newly released single called “Paagal”.

Now, a lot of people have been asking how is it wrong.

Isn’t it similar to any brand or celebrity paying money to Youtube or Facebook or Google to run sponsored ads to get the same results?

Well, it is not the same in this case.

In this case, the rapper allegedly confessed that he paid this huge sum of money because he wanted to create a world record for the most number of views in 24 hours – which he eventually couldn’t create.

Now if he went through proper channels like sponsored ads on the platforms, he wouldn’t have got the desired number of views so quickly because Ad campaigns don’t work like that.

Ads take time to get approved – which means time would have got lost in the first 24 hours. Then the ads are served to the relevant TG that comes online. And to serve that huge number of ads, you need to probably also bid way higher, which would have probably cost a lot.

So that is where the Fake views through the bots come in. Bots aren’t real people. They are dummy accounts that are created just for this purpose. These accounts are generally owned and managed by something called – “Click farms”

A Click Farm is a sort of a Business Operation where people are hired to artificially boost the social media numbers for any client across the world.

In these Click Farms, a single employee can operate close to 200 mobile or desktop devices, each having dummy social media accounts.

And there could be thousands of employees in a single Click Farm. In a Yahoo Finance report, it was said that a decent-sized Click Farm can have 17 thousand phones working at the same time.

The Click Farms are generally known to be in developing countries where the cost of labor is really low according to western standards. Countries like China, India, Bangladesh, Indonesia, and Sri Lanka are known to have a lot of these farms.

While earlier the Click Farms used to be automated and the devices would give automatic engagement to the content of the clients, platforms and governments got suspicious and started cracking them down. So they evolved to start using actual humans to do this on devices. And in developing countries, the cost of Human Capital is fairly low. So finding resources to do this isn’t difficult. As per a report, a click farm employee makes just 1 or 2 dollars per thousand clicks.

That’s insanely low for people who are making influencers and celebrities get a lot of online popularity and brand deals.

The platforms haven’t been happy about this and now the authorities have started getting involved too.

In fact, the Mumbai Police has already made a couple of arrests in case of operations providing fake social media followers and engagement. One of the people arrested is a 20-something guy from Mumbai, who ran a website called Followerskart.

This brings us to the next question:

Is making & Selling Fake or Bot accounts punishable under law?

It is unethical and fraudulent – of course. But is it a criminal offense that can lead to arrest and police questioning? Well, that’s where the grey areas are.

One of the problems is that a lot of these fake account providers also facilitate the creation of fake profiles of real people – using their photos and sometimes even names.

These profiles can then be used to mislead people and even scam them.

In this case, Impersonation is definitely a criminal offense under the Indian Penal Code and Information Technology Act, 2000.

The IPC sections that deal with impersonation include 415 (cheating), 416 (cheating by personation), and 499 (defamation).

IPC Section 468 dealing with committing forgery of a document or electronic record for the purposes of cheating can also be applied in some cases according to legal experts.

The guy who got arrested was actually charged under the above sections.

This all started after another Bollywood singer – Bhoomi Trivedi – lodged a police complaint that someone had made her fake profile and was misleading people. While he himself did not impersonate the singer, he still used her photograph on fake profiles that legally could harm her reputation.

This is where Cheating and Forgery have come into play.

When it comes to making Fake profiles that do not impersonate anybody, there is no specific law in India that deals with this problem.

So while this is ethically incorrect, and these tactics are used by celebs, politicians, and influencers to tilt audience sentiment and grab profitable brand deals – this is not a strict criminal offense.

However, the Indian legal might decide to add these to the IPC.

What are Social Media Platforms doing to curb the nuisance of Fake followers and Fake Engagement?

And this brings us to the final question.

Why do people Buy Fake Accounts and Fake Engagement?

If there was a one-word answer to this, it would be – Vanity.

There has always been a strong human desire for self-importance. You could call it narcissism or ego.

But there is more to it. There are people involved from big-time politicians and celebrities to newbie Influencers.

While Celebrities do it out of pure vanity – to inflate their popularity, fake records, and even grab large brand deals.

The newbies are sometimes forced to do this. Social Media is a saturated market for bloggers and influencers. There is a fashion blogger or a food blogger in every nook and corner.

There is little differentiation in what they do – which of course I would like to talk about in a separate episode.

But due to such competition in the categories, they do not see the results they want to. Nor do they get the brand deals they hoped to get when they decided to start blogging.

And that is why they commit the cardinal sin in the social media space. They try to take the shortcut.

Especially when it is so easy and inexpensive to get Fake followers and engagement in just a matter of a few clicks.

While some people resist the temptation and decide to go the hard way, keeping their ethics intact.

Some let the temptation get the better of it. They go for thousands of fake followers, fake views, and fake engagement.

It gives them that feeling of instant success.

But does it actually help them in long run?

They might make some short term real money that they don’t deserve using fake followers. But that rarely has longevity if your content isn’t truly good.

Getting used to Fake Followers and Fake Views is an endless loop. You can’t stop it. Because if you do, your engagement and clout is going to get normalized to what it actually is.

And when you “real” audience sees this, it is going to get really bad for your reputation.

It goes without saying that you can’t fake your way to success and also maintain it.

If someone wants to become an influencer, it is imperative they put in hard work and create great content to be able to actually influence real people and not bots.

I promise you it will take longer, it will take more effort and a lot of your energy. You might get demotivated and demoralized at times.

But I also promise you one thing.

When you actually make it there through the right channels and through an ethical route, you will have much greater respect for yourself and so will your audience have for you.

Isn’t that what we all want?

Well, I hope you found this article very beneficial and I would love to hear about it. Let me know in the comments.

If you are not following me, you can do that on Instagram where I talk all about digital marketing and strategy there.

If you are interested in making amazing Marketing videos that give you great ROI – using just your smartphone (no expensive equipment, no complicated software), you must check out our
V3M – Video Making & Marketing Mastery Course which is a game-changer for marketers, content creators, entrepreneurs and students.
It is on a special 85% Off right now. Check it out here!